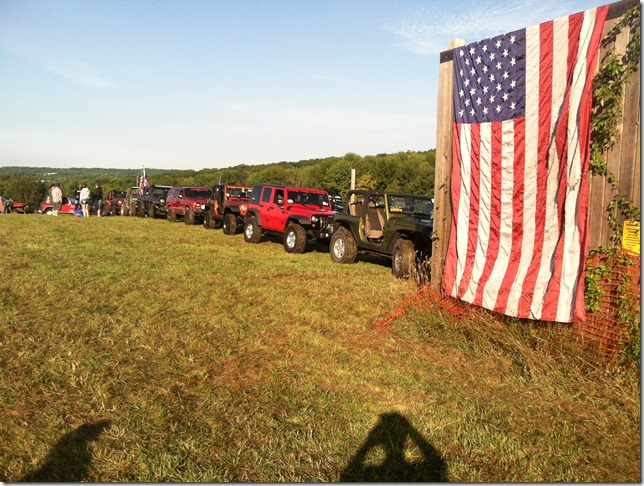 The line of Jeeps that would carry the Veterans on a 2 hour trail ride.

On August 29, 2014, Twin Oaks Principal in Charge of Civil Engineering attended the "Wheelers for the Wounded" event in northern New Jersey.

Volunteers provide the opportunity for local veterans to experience a much deserved day of adventure and relaxation in the outdoors. The day starts with a continental breakfast followed by a JEEP ride through the woods of northern New Jersey. They ended their ride with a hot lunch of pulled pork, BBQ ribs, chicken and all the fixin's.

Wheelers for the Wounded-NJ was formed seven years ago and this year had 167 Veterans/families, drivers and volunteers attend.

Wheelers for the Wounded is a nation-wide event that provides a weekend of off-roading for both wounded and non-wounded military veterans.  This excellent multi-state program was conceived by Jason Havlik, a Gulf War veteran. 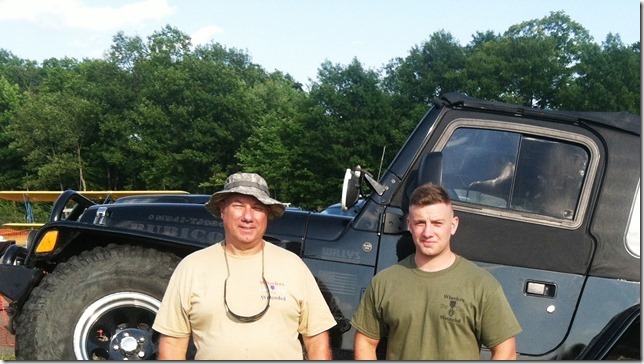 "Jeepin' Al" and his Veteran son, Jimmy with Al's Jeep

Mr. Ackerman engaged in conversations about the markets for water harvesting through desalinization and wastewater treatment with trade advisors from Saudi Arabia, the Arab Gulf, Singapore, India, Australia, Chile, Mexico, the Netherlands and Belgium.

The event was held at the Mohegan Sun at Pocono Downs in Plains Township, Luzerne County.