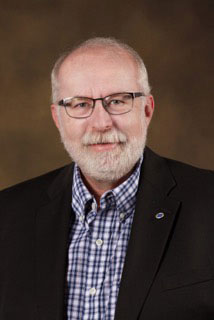 John R. Ackerman
P.E., P.G., BCEE, F.NSPE
Professional Engineer and GeologistMr. Ackerman is Principal Engineer and Geologist at Twin Oaks Consulting, LLC. Prior to his current practice, he worked with various consulting engineering firms as well as CAN DO, Inc. and Hazleton Pumps. He serves and has served on numerous advisory commissions and boards, both locally and statewide. Awards and recognitions have followed Mr. Ackerman throughout his career, including Young Engineer of the Year (SME/AIME 1983 and Pennsylvania Society of Professional Engineers 1986); Engineer of the Year (Luzerne Chapter, PSPE, 1993-94), and being named "Diplomate" (American Academy of Environmental Engineers, 1989) and "Fellow" (National Society of Professional Engineers, 2005.)

Mr. Ackerman has extensive experience in water and wastewater treatment designing numerous treatment facilities as well as troubleshooting treatment process, odor control, and pumping problems. He also has extensive experience in the remediation of hazardous wastes ranging from development of air stripping technology to site remediation of BTEX and metals contaminated groundwater at multiple sites, including SUPERFUND sites, and many AMD treatment facilities. On the permitting side he successfully obtained a Docket from the Delaware River Basin Commission increasing effluent discharge by one-half million GPD into a Special Protection Section of the Upper Delaware River by proposing an equivalent mass loading at the new flows equal to the existing discharge flows.

Among notable projects Mr. Ackerman has been associated with include providing the engineering component (reclamation, parcel layout, road and infrastructure design) for the CAN DO/Hazleton Chamber's Cranberry Creek Gateway Park; the infrastructure development of Humboldt North and Humboldt East for CAN DO including a two mile extension of the CAN DO Railroad. He was project manager for the design/build construction of the 55K SF LEED Office Building II in the CAN DO Corporate Center, earning recognition by the USEDA for development of a selection template of design/build companies. Mr. Ackerman was also involved in finding a site location for Project Independence, Arm and Hammer's 1.6M SF manufacturing/warehousing facility on 220 acres as well as acting as project manager.

Mr. Ackerman received his Bachelor's degree in The Earth Sciences (Geology), 1975 from The Pennsylvania State University.