John R. Ackerman, P.E., P.G. served on a six member panel to discuss ethical practices and the career paths they have experienced to the Wilkes University Student Chapter of the Keystone Northeast Chapter, Pennsylvania Society of Professional Engineers in Wilkes-Barre, PA the evening of March 10, 2015. 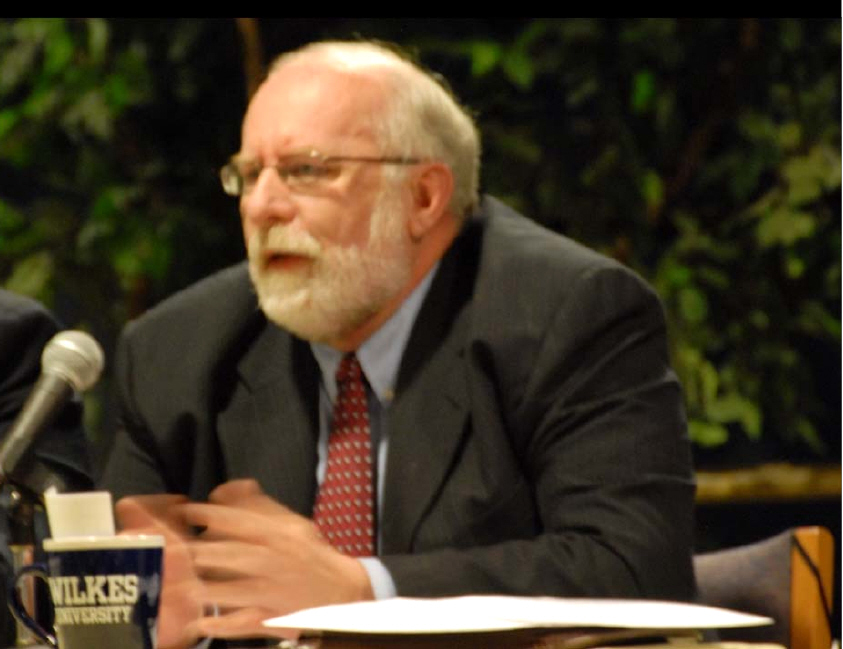 Mr. Ackerman engaged in conversations about the markets for water harvesting through desalinization and wastewater treatment with trade advisors from Saudi Arabia, the Arab Gulf, Singapore, India, Australia, Chile, Mexico, the Netherlands and Belgium.

The event was held at the Mohegan Sun at Pocono Downs in Plains Township, Luzerne County.

PADEP Secretary E. Christopher Abruzzo reappointed John R. Ackerman, P.E., P.G., BCEE, F.NSPE to the Certification Program Advisory Committee for Water and Wastewater Operators for his fourth four-year term (2014-2018).  Mr. Ackerman was first appointed to the committee in 2002 and has served as chairman since that time.

CPAC was formed as the Advisory Committee to aid PADEP in the development of the program manual detailing the regulations covering the responsibilities for operators in both the water and wastewater treatment programs.  Its components ranged from how to become a certified operator, the testing required to obtain the operator's certificate, the responsibilities entailed in controlling the treatment systems and the continuing education requirements needed to maintain their operator's certificates.  The committee members reviewed the materials developed by PADEP staff, discussed the materials in quarterly meetings and decided if the materials needed revisions or additions.  All decisions coming from the Advisory Committee were decided by majority vote and recommendations were submitted to the program managers for their review.  After about ten years the program manual was finalized and is now known as the Operator's Handbook.

Man vs. Wild: California in Crisis 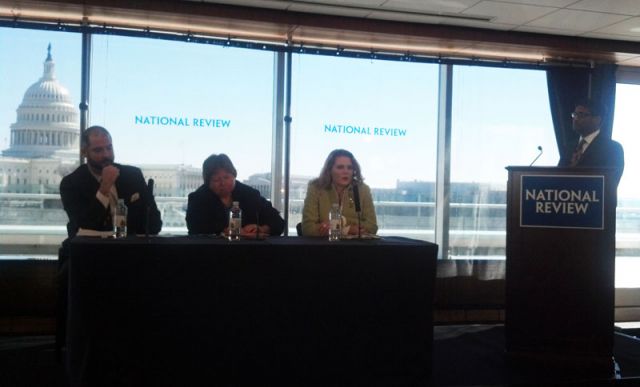 John Ackerman, Principal Engineer of Twin Oaks Consulting, LLC attended a presentation and panel discussion in Washington, DC on the Water Crisis occurring in California and how the effects of the drought have been enhanced by strict adherence to environmental regulations.  Congressmen David Valadao (CA-21) and Jim Costa (CA-16) commented on the effects the current drought is having on the agricultural mecca of California's Central Valley.  Their comments were followed by a panel discussion (consisting of Aubrey J.D. Bettencourt, Executive Director of the California Water Alliance; Maria L. Guiterrez, volunteer with El Agua Es Asunto De Todos; and William Yeatman, Competivitive Enterprise Institute) moderated by Senior Editor Ramesh Ponnuru of National Review, the program sponsor.

Points of interest presented during the presentation include: 1) California is No. 1 in vegetable production, No. 1 in citrus, No. 1 in dairy and No. 1 in almonds, walnuts and pistachios (World No. 1 passing Iran);  2) 800,000 acre-feet of water have been removed from Central Valley Project water distribution system to protect the delta smelt and juvenile salmon; 3) Close to 800,000 acres of farm land is now fallow because there is no water for irrigation; 4) although 17 cities have been in the news because they have no water, there are numerous other municipalities in the San Juaquin Valley that are also without water; and 5) The federal government agencies now decide who gets the water despite the water rights held by the property owners.

The most tragic component of the drought is the human expense.  Unemployment rates are expected to reach 50-60% among residents as the farmers and ranchers cannot afford to keep them on with no farm work available due to the lack of water.  As noted by Ms. Guiterrez, there are many angry Hispanics who cannot afford housing, a car or even food and their children are worried that they will have to drop out of school because the federal government is protecting fish rather than their citizens.

The most ironic component of this denial of water for people is that California stocks what is an invasive species, striped bass, for their sport fishery.  The prey for this voracious fish is delta smelt and juvenile salmon.  Additional water release to save them cannot succeed when they are the favorite food of a stocked species.

Ms. Bettencourt noted that a possible solution is for the coastal cities to use desalinization for their public water supplies and leave the rest for the agricultural community, but in the City of Santa Barbara, they cannot afford to run their desalinization plant most of the time due to the energy costs. They have to run it during the drought crisis and they now have to eat the higher energy costs.

This crisis reaffirms the need for our sister company, Twin Oaks Research Centre, to continue development of the energy efficient rainmaker water harvester.

And why should the rest of the country worry about what is happening in California?  Most of our vegetables, especially lettuce, broccolli, asparagus and artichokes, along with citrus and nuts are going to increase in price due to less farming in the San Juaquin Valley.  It is not just a California problem.

Twin Oaks Consulting, LLC performed an inspection of a commercial building in West Hazleton, Pennsylvania.  The work included a structural inspection to determine if minimum floor loading standards are met under the new UCC Codes as the building was not in use for a period of time along with an inspection and evaluation of the building envelope.

Twin Oaks Consulting, LLC is working with Vita Nuova, LLC in the redevelopment of a brownfields site in the City of Bridgeport, Connecticut.  Twin Oaks is providing consulting engineering services for the project.  The work includes determining preliminary infrastructure needs for the redevelopment plan and then developing cost estimates for the plan.

Twin Oaks Consulting, LLC is working with Vita Nuova, LLC in the redevelopment of a brownfields site in the Borough of Pompton Lakes, New Jersey.  Twin Oaks is providing consulting engineering services for the project.  The work included determining preliminary infrastructure needs for several alternative development plans and then developing cost estimates for each plan.